Home-Learn FX trading in South Africa with our guides-What is FSB regulation and how does it influence the FX market?

What is FSB regulation and how does it influence the FX market? 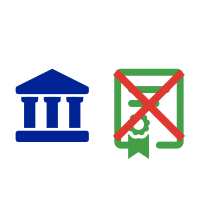 What the FSB can do

Dealing with scam brokers often falls under the shoulders of the users themselves. However, there are measures that the regulator themselves can take. For example, they don’t really need to revoke the license of a potential scam broker. All they need to do is issue a warning about them and that FSB regulated forex broker will see their income go right dow. They’ll hand in the license voluntarily at some point, or flee the country completely.

Besides that, the FSB always dishes out warnings to the general public about unlicensed companies that are trying to attract South African customers. In general, if you just pay attention to the press releases of the regulator, you’ll be just fine. If you want to know some of the companies already involved in these warnings, here are the latest ones.

You may be surprised by one of the brokers listed here. DMD Capital was considered one of the best FSB regulated Forex brokers out there, however, it turned out that they were doing some shady stuff behind the scenes. This got their license revoked and the business shut down. One more thing that can be done with the FSB is the filing of an official complaint. All you need to do is bring the matter to the regulator, tell them what happened and how the wrongdoing occurred and they will be sure to take care of you. In this case, all you’ll need to do is go to their website and contact them through one of the given ways.

FSB South Africa also requires the client funds be placed in a segregated account, therefore if you suffer some losses through illegal actions of the company, you can have them completely refunded. The action doesn’t even need to be illegal. Even if the Forex broker you are trading with goes bankrupt, you can still retain your funds and lose nothing.

Things the FSB is responsible for

The goal of the FSB is to create an environment in South Africa that is friendly to not only local but offshore investors as well. This means that the regulatory body is responsible for all of the non-bank financial intermediaries, such as:

And many many more.
What the FSB regulation does is that it makes sure that these companies adhere to the local laws about money laundering and investor fund protection. The companies are supposed to comply with the relevant legislation, in any other case their license will be revoked and some kind of legal action may be taken against them.

The FSB Committee of executives has full right to impose unlimited penalties for compensation should an illegal act occur from one of the companies. These orders of reprimanding the culprits are very authoritative as if it was the judgment of the Supreme Court of South Africa.

The members of the committee, including the chairman, is appointed by the Minister of Finance. So you have at least some kind of guarantee that the people working there have some kind of competence. Even more, you’ll always be heard if you file a complaint against the FSB itself. The regulator takes the actions of its employees very seriously. 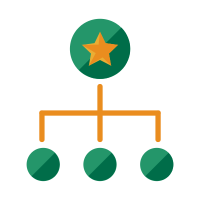 Since we’ve already touched upon the topic about the committee and the chairman. Let’s now discuss who are the people working in FSB South Africa and how they help it operate. First things first, there are various committees within the institution itself. These committees are designed to oversee all of the proceedings within the FSB. These could be financial committees, FSB regulation committees, HR committees so on and so forth. The committees themselves are overseen by a board of executives. The board is also responsible to appoint an FB executive officer which deals with the day-to-day processes of the institution.

The Executive Officer as already mentioned is the general overseer of the institution. There are many responsibilities this position holds, but the registration of non-banking financial institutions is arguably the most important. There are exactly four Deputy Executive Officers, in order to fairly delegate the tasks as well as make sure that the position isn’t monopolized by one single person. These deputies are responsible for supervision of the various industries such as the Intermediary Services, Financial Advisory, Retirement Funds, Financial Service Providers and etc.

So Who are they? As already mentioned The people in charge of regulating the financial segments of South Africa are known as the Financial Services Board.

But what is FSB regulation? What do they govern, how they govern it and should you be even aware of these things? Well, yes you definitely need to know what are the laws connected to the regulations. 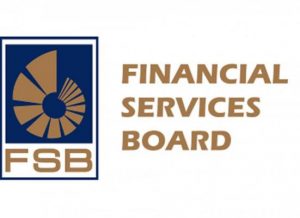 The thing is that getting a license from the local regulator isn’t too hard. Therefore some shady businesses could slip through the loopholes within the jurisdiction system. However, they still need to appear as trustworthy and legit. Therefore they will wave around the fact that they have an FSB license that can be confirmed by checking on the regulator’s website. If you knew all of the laws and regulations, you would be able to ask simple questions and check the information about services of the company against these regulations. Even the slightest misalignment of the local laws with the provided services should warrant immediate alarm and contact with the regulator. Who knows, maybe if you help them find some scams they’ll reward you.

Let me tell you a story about what happened in the past. There was a Forex broker called Profit Trading, which was “designed” to give people a monthly return of 8% on their investments. It was able to easily start operating under the FSB license, but soon enough they were outed and their license was revoked. However, the information wasn’t immediately published and the firm was still receiving client funds. The company then took the money and ran away. So the lesson here is to always go to the regulator’s website and search for the company by either their name, their license number or their parent company’s name.

A little bit of history

FSB South Africa is not a new institution, it was established in 1991 when the Van der Horst Committee recommended creating an independent body that would supervise and regulate all of the non-banking financial providers in the country, ultimately covering pretty much all of the industry.

There were a number of acts that contributed to the FSB’s expansion over the years. The most important ones were:

So, in conclusion, you already understand what the FSB is or “was” all about. If there is anything financial happening in South Africa, you can be sure that the FSB is taking care of it. Should you have a dispute with your Forex broker, you’ll know where to go.