AvaTrade review and honest critique about its performance in SA

Finding the right Forex broker to start trading with is not an easy thing to do, especially considering how many global companies there are trying to capture your attention. One of them is the Avatrade FX brokerage, and to be honest, we feel a little conflicted about this company. Avatrade has a strange and conflicted global track record. What we are looking for is to find out about their performance in South Africa.

Though finding information regarding their performance in the South African region seems to be a bit more complicated than we thought, there are still those willing to share their experiences. We are going to be using the Avatrade reviews of these people, as well as our own personal research, to give you a more concise and objective review of the company and what they do. Anyway, let’s get into it. 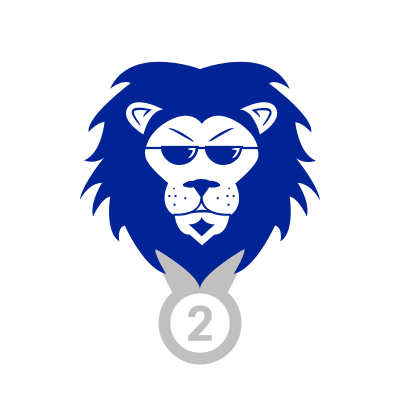 The Avatrade page feels just like any other Forex broker page you will encounter on the internet. It is not necessarily a good one though – a bit simplistic, with a monochrome design and a lot of text. The website homepage is a little less informative then we like – the only things listed are the brief summary of the company’s background and a detailed description of the locations of the offices that the company has around the world. To be honest we feel like the page is a little too vanilla, trying not to be too overt in their self-promotion. While this might be a sign that the company is not that suspicious, the prevailing sentiment is that they don’t have much to say about themselves, which isn’t a good sign either. It is hard to stay unbiased, but so far the Avatrade.com review is not going too well for Avatrade.

The navigation bar at the top of the page is not made too visible, as it blends into the background a little. But it still works and directs you to the other parts of the website. Though where it directs you is a little limited: giving you some options to learn very general information about the trading options they have: forex, crypto, and CFDs. The website also showcases the platforms they offer traders, though the choices are limited to the MT4 or their own software, which seems a little sketchy.

The company seems to offer a number of educational sources, as well as a blog. Looking at the education they offer, it seems to be a little limited, but still useful. Some articles are a little short and general, though most seem to be rather in depth. They also offer some video tutorials as well. The blog seems to be mostly dedicated to cryptocurrencies right now, which is a little disappointing for the Forex traders out there. Though this does help answer the question “is Avatrade legit” with a more positive view. 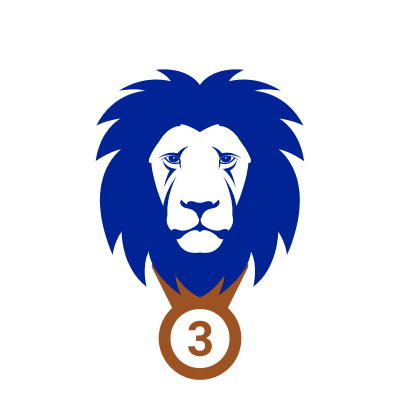 The communication done by Avatrade seems a bit polarized and biased towards certain areas. Users from different parts of the world report very different results and success rate. The overall live chat response rate seems to be anywhere from 15 minutes to an hour, which is a bit too slow for our taste, but better than nothing. The email response rate is very slow: it can take them up to a week to respond appropriately to an email. This is not acceptable and brings the Avatrade rating a little down. This problem seems to persist in the South African region especially. Hopefully, it can be fixed eventually.

Avatrade seems to offer two main platforms and a number of apps for your phone, tablet or variations of their main software for other Operating Systems. The fact that the user is given two options to choose from is nicer than just one option, though we do have a slight problem with what they have to offer. Can Avatrade be trusted to make a good trading application is a question we have for the company and for all people who have used it? The MT4 is a very popular platform and relatively flexible because of all the customization you can do to it. It is the basic option when choosing to work with most of the Forex brokers out there, so we will say it is good to see our good old pal on the website. On the other hand, we also see the Avatrade application being promoted on the website as well. 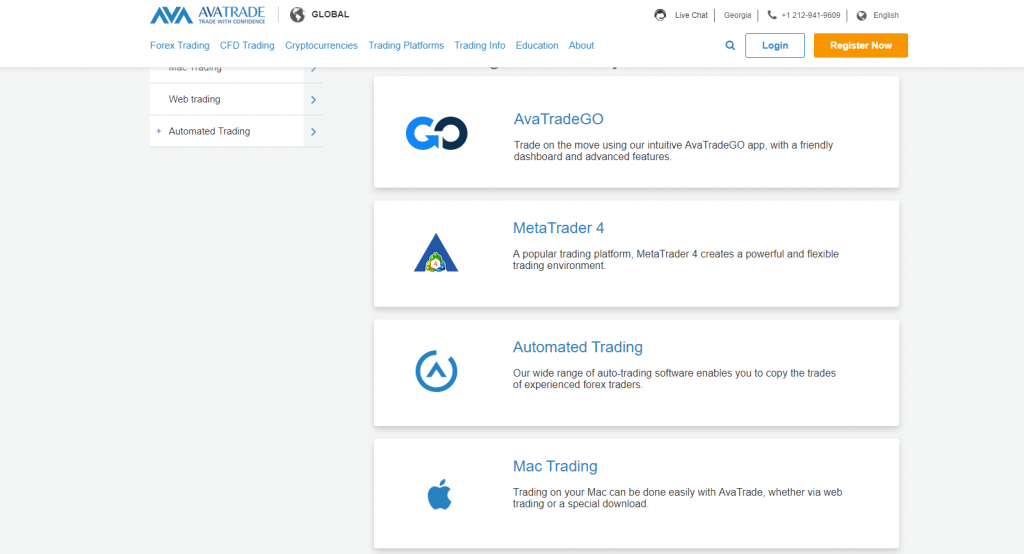 The Avatrade trading software seems to be manufactured in-house. The potential seems to be great, but the users who have used it report that the software has problems with crashing relatively often and in need of optimization. Otherwise, the design of the application seems to be acceptable. Still, the relatively frequent crashes and the lack of reliability for the software is a big problem for all users and should also be a problem for the company as well. It seems the company has yet to address the problem though. Avatrade MT4 is also available, which is a nice option to have for traders that do not want to use the in house option. It also offers a number of other products, such as their automated trading option and their mobile platforms.

The withdrawal policy of the company is not explicitly specified on the website, which is very strange. This has caused many users problems in the past, with some reporting not getting their withdrawals of weeks. This has made them call Avatrade fraud and recommend that nobody get to work with them. This is unfortunate news for us, as we were willing to give the company a chance, but such a problem with withdrawals causes us to believe that the company is not as good as they want you to believe they are. If withdrawals take weeks to do, it might be a good idea to not deal with this company at all.

Though the spread of the company looks relatively low and conversely rather attractive for the beginner traders, it is not something to take lightly. The company does not specify whether they have commissions, or what their minimum deposit for getting an account is. All of this leaves us very suspicious of Avatrade, even if we have heard some nice things about them over the time of research we have done.

The Avatrade Forex broker seems to not have any account types listed directly on their website. This is an unfortunate fact as it either means that the company treats everyone the same (the good option) or that the company does not wish to reveal details about its operations (the bad option). In either case, potential clients need to have information regarding what they should expect when trading with Avatrade platforms. The only good thing is that they offer a demo account, which is a good place to start learning about the company directly. Still, not enough to forgive their failure to provide information.

It is important to consider the origins of the company, how long it has existed and where it is licensed. In the case of Avatrade, we have a whole lot to talk about. The company was founded in 2006 under a different name and has since been performing as its duties, even though at some point it changed its name to the current one. This has caused our Avatrade opinions to be conflicted, again. The company has garnered a relatively good reputation around the world, though this reputation seems to be faltering a little over the past few years. Let us look a bit more in-depth regarding some of the details about the company. 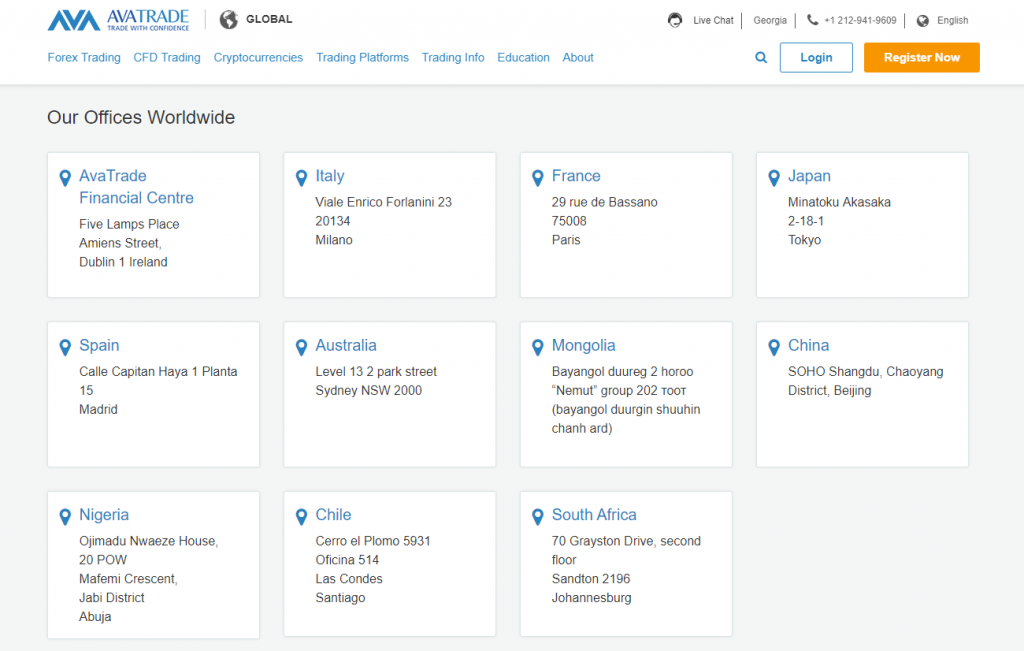 First, we are going to talk about location within South Africa. The address listed for the company is 70 Grayston Drive, Johannesburg. This address is home to a lot of enterprises working in the financial industry. The companies listed officially are all legitimate, though it seems the Avatrade does not have an official listing on the internet (though they do mention the second floor). Maybe they do not have a large enough office to list it on google. Even locally the presence of the company is not too obvious. This makes their presence in the South African sphere a little more suspicious than we like. Is an Avatrade scam operation possible in South Africa?

The final verdict we have about Avatrade is one of caution. The company has a lot of potentials, is licensed and has had years of experience doing its job. Yet still, there seem to be issues regarding withdrawals, company operation details, communications and what the company offers. While the prevailing Avatrade opinion is that it is not a scam, it is verging dangerously close to it according to our research. Which is why we recommend you avoid it in the time being and check out some of the other potential Forex brokerages. 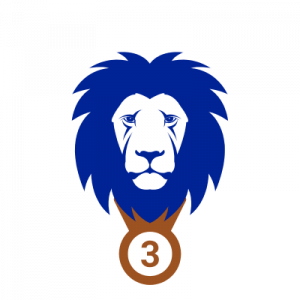