Home-Traders Tips-What Are The Most Prominent Movies About Finances, Money And Trading?
Traders Tips
by maeike on January 17, 2022

What Are The Most Prominent Movies About Finances, Money And Trading? 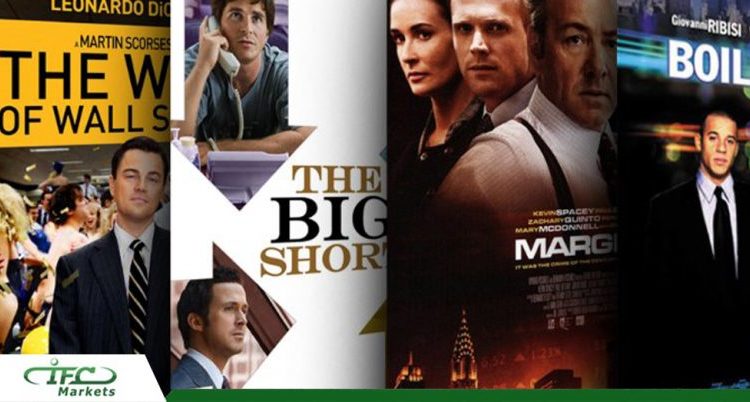 Many people are interested in financial markets, the way it operates, and generally money-related things. For those people, one of the significant ways to get more information about the way financial markets operate and trading work is to watch reality-based movies. These movies reflect reality and show the sector’s main characteristics. In this article, we offer you must-see movies about finances, money, and trading, which will give useful information about the mentioned topics.

Mark Twain’s book The Prince and the Pauper is generally referred to as the inspiration for the film’s plot.

One of the best-known films about money, it follows the lives of a wealthy commodities trader and a destitute street hustler as their paths meet due to a sophisticated wager that neither of them realizes.

Traded Places is reminiscent of classic comedies such as ‘Tootsie’ in that it is both humorous and insightful about human nature. If you’ve ever wondered what it’s like to be someone else for a day, this video is for you. A settled world where people believe they dominate the globe is a place of adventure, humor, life philosophy, and man-made turmoil. A riotous comedy with a dash of pathos.

Pay attention to this one if you’re searching for a movie to see tonight. During the early days of the financial crisis, a huge investment bank provides the setting for this tale of capitalism, greed, and investment fraud. An employee group’s response to the financial crisis is the center of this film, which stars Kevin Spacey, Paul Bettany, Jeremy Irons, and Zachary Quinto. This is a terrific opportunity for those who are just starting in the financial industry to examine what they would have done in a similar circumstance.

So why is it known as a “margin call?” A margin call is typically bad news for investors since it indicates that one or more of the securities held in the margin account has fallen below a predetermined threshold in terms of its value. It’s important to note that the movie is loosely based on the 2008 financial crisis, even though no Wall Street corporations are depicted. It was a tip from two Goldman Sachs employees that prompted the bank to hedge and cut its stakes in mortgage-backed securities early on.

The Margin Call is a suspenseful film thanks to a stellar cast, a compelling story, and a wealth of insider knowledge about the film business.

“Under constitutional law, businesses are considered as persons,” reads the first sentence of this fascinating look at the world of business. What type of person would a business be according to the film’s author?

a thorough understanding of what it means to be a company with the ability to acquire anything and a slew of legal protections. In today’s society, what is the function of a company, and is its influence limited? Watch and see what happens. The film explores and critiques corporate business methods, mostly focusing on American firms. It’s a must-see to see how businesses impact the whole financial sector.

Bret Easton Ellis wrote the book before it became one of the finest films about money. Like a hot potato, this best-seller was shuffled from one publisher to the next. Several years passed before it ultimately found its way to Oliver Stone as a feature picture script, director, and cast.

First-person narration by serial murderer Patrick Bateman, a wealthy businessman. American Psycho depicts the life of a young banker, Patrick, who is in his early twenties at the time of the story’s beginning. From his nighttime ventures into murder to his social life among the Wall Street elite, the film chronicles his daily activities.

Willem Dafoe plays a detective in the film, Reese Witherspoon plays a fiancée, and Jared Leto plays a coworker.

Although not all guys are chain-saw murderers, the narrative suggests that some might behave as if they were while on the job. With a frightening murder, unfulfilled love, and plenty of tension, this film has it all. A twisted and edgy thriller set in the world of money.

How much money do you want to earn from trading? Moreover, how much do you need? For most traders, the aim and control over oneself are lost in the swirl of the big transaction as they are pulled into its unending chase for money.

Unquestionably a classic, Wall Street tells the tale of a business mogul (Michael Douglas) and a stockbroker (Charlie Sheen). Businessmen accept young men as protégé in exchange for the promise of insider trading. The avaricious tycoon is a stereotype for all business moguls devoid of morals. Get a better understanding of how greed may affect people’s lives by watching this film.

Oliver Stone’s father worked as a stockbroker during the Great Depression, therefore the film is a homage to him in that regard.

Many young individuals started working on Wall Street as a result of seeing the film. People still approach Charlie Sheen and Michael Douglas on the street and claim they became stockbrokers after their roles in the film, as both actors have said over the years.

What Are The Most Prominent Movies About Finances, Money And Trading?
January 17, 2022