Home - Traders Tips - What and why SA needs to know about Brexit
Traders Tips
by Matthew Davis on February 4, 2019

What and why SA needs to know about Brexit 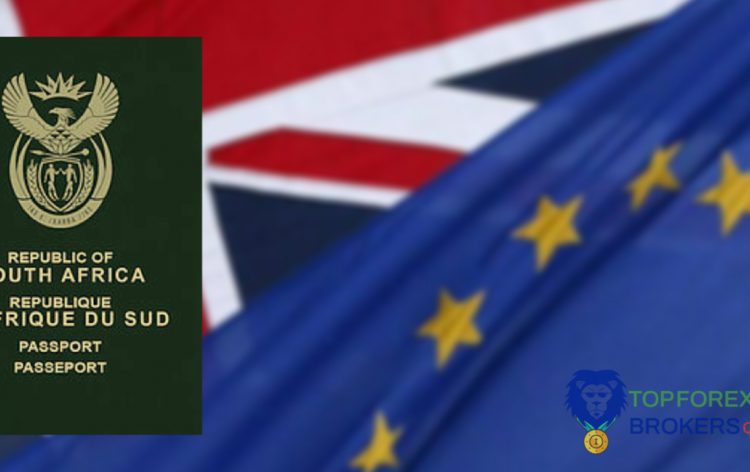 Two months are left before Britain will leave the European Union. While this historical event will have a greater impact on EU and of course Great Britain itself, it will highly affect the world including South Africa. The main thing people in South Africa should be informed about all the changes in the European Union and the UK is the new changes in Visa and migration policy.
At the same time, it is a major event that will have an effect not only on the global economic outlook in 2019 but will affect South Africa’s economy as well. Before we see what Brexit has to bring to South Africa in March 2019, let’s sum up Brexit itself, what does it mean, why is it happening and what kind of impact it will have on SA.

On 23 June 2016 United Kingdom had a referendum where citizens were voting for leaving or staying in the EU. Approximately 30 million people stated their opinion via voting and the results have shown that 51.9 percent of voters voted in favor of Brexit and 48.1 percent were thinking it was better for Britain to remain.

After the results of the referendum were announced, UK was given two years of time to negotiate the terms of the split. The prime minister of United Kingdom Theresa May triggered the process on 29th of March 2017. It means that regardless whether UK will have a deal with EU or not, the Brexit will happen on 29 March 2019, at 11 pm UK time and the United Kingdom will no longer be the part of the European Union.

With the UK leaving EU, the government will change its immigration policy too. As Theresa May has said, one of the main messages she took from the vast majority of the citizens during the referendum, was that they wanted to see the reduction to immigration in their country. She also stated that she would be highly focused on getting the net migration. Which means cutting down the difference between the numbers entering and leaving the country to a sustainable number, that she defines bellow to 100,000 a year. The government will publish its post-Brexit immigration plans soon, but as they have already stated, priority will be given to the skilled migrants, does not matter if they are from EU or non-EU countries.

The key promise of Brexit is to increase British border control, it is expected that getting a UK visa for South African citizens will be relatively harder than it has been before the Brexit deadline.  As Gary Eisenberg, immigration expert of Eisenberg & Associates states, SA has a relatively weak passport and it is very possible that applying for British visas will be more difficult as UK looks at SA as a deteriorating state. In 2018, the Henley & Partners Passport Index ranked South Africa as 52nd out of 106 countries. The index measures countries’ passports on their ability to access other states visa-free.

Currently, Japan, Singapore, and France have the strongest passports, while Afghanistan and Iraq are at the end of the list. In 2009, Britain revoked South Africa’s visa-free status. The main reason behind it was the security concerns with the Department of Internal Affairs, As Eisenberg states, since the decision about it has not been changed since 2009 it means that the UK still sees South Africa as a country fraught with corruption. Currently, a six-month UK visa fee for South African citizens is around R 1600.

The officials of the United Kingdom state that the UK was always welcoming skilled migrants and they will continue to do so. As immigration experts have said, United Kingdom was increasingly trying to attract skilled workers to their country to fill gaps in its labor market and if their policy will continue as they state, United Kingdom will still remain as a desired and accessible destination to the skilled South Africans who are searching opportunities abroad.