Home-Traders Tips-Relationship between gold and currencies
Traders Tips
by Samuel Robinson on January 25, 2021

Relationship between gold and currencies 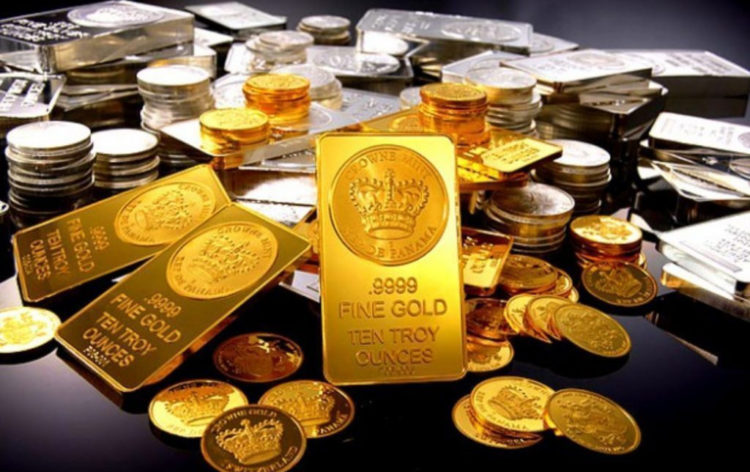 Gold is one of the first metals that people have learned to process and use for their needs. Golden artifacts first appeared at the very beginning of the predynastic period in Egypt, at the end of the fifth millennium BC.

Due to its beauty, rarity, and durability, gold is used as the universal equivalent of exchange – money. In this article, we will analyze how the change in the price of gold can affect the quotes of world currencies.

The gold standard is a monetary system resulting from the widespread use of gold as a universal currency. It ensures that the issued money can be exchanged for the appropriate amount of gold at the first request.

The gold standard, which was in force after World War II, was set at the Bretton Woods conference. In accordance with international agreements, the United States committed itself to provide the gold content of the dollar at the rate of $35 per troy ounce. Only the states in the form of the Central Banks received the right to exchange dollars for gold. At that time, the dollar was really secured with gold and became the main world reserve currency.

The era of the gold and currency standard ended in 1971 when the United States gave up the free exchange of dollars for gold. The main reason for the collapse of the Bretton Woods system is too many dollars issued by the United States, which could no longer be really secured with gold. Since then, the exchange rates are determined by the market, and the price of gold is steadily rising, updating historical highs.

It should be noted that in the Forex market gold is a form of commodity. We should note that people turn to it as another form of trading. Various news like the one you will see here, affect the gold price as well as other metals.

Which currencies are affected by the gold exchange rate?

The price of gold can have an impact on almost all exchange rates. The change in demand and the price of gold, first of all, is reflected in the US dollar, as it most often estimates the value of gold. Also, the dynamics of gold affect the currencies of countries that are engaged in gold mining on a scale important to the country’s economy.

The USD is also one of the most traded currencies on the market. One of the biggest differences is the difference between buying and selling prices. For example, you can’t sell USD for the amount you buy it for, but for the gold, you can easily do it.

We should note that Forex spread is one of the main differentiating factors between the two assets. The spread is the difference between the bid and ask price. The pairing tells you how much of the variable currency equals one unit of the base currency.

The currencies of gold-producing countries

The role of gold during crises

During economic crises or geopolitical shocks, the price of gold tends to strengthen as confidence in currencies falls. Gold is, in fact, the oldest universal currency in the world, not tied to any particular country.

Gold is an important barometer of the global economic and political well-being of the world economy. The crisis usually comes from the fall of stock markets. This usually leads to an increase in the price of gold. Investors, getting rid of falling stock assets, buy gold to reduce the risks of their investment portfolio, and protect against falling exchange rates. Sharp collapses can give a short-lived reverse effect: investors, to cover their losses on shares, sell gold from their own reserves, which increases its supply in the market and temporarily reduces the price, and leads to the strengthening of the US dollar. But then the gold starts to rise again.

As a result of the fall of stock markets, funds are moving into protective assets: gold, The Japanese yen, the Swiss franc, bonds, and others. Most currencies are falling relative to gold until the situation in the world economy begins to stabilize.

Gold continues to have an impact on the quotations of world currencies even though the gold and currency standard is abandoned. The precious metal is actively used as a protective asset and an alternative to paper money during crises. Currencies of those countries where gold mining plays a significant role in the economy are more dependent on the dynamics of gold prices.

South Africa’s economy to enter hibernation after too much government spending
February 12, 2021

Relationship between gold and currencies
January 25, 2021