Home-Market News-South Africa’s economy to enter hibernation after too much government spending
Market News
by Samuel Robinson on February 12, 2021 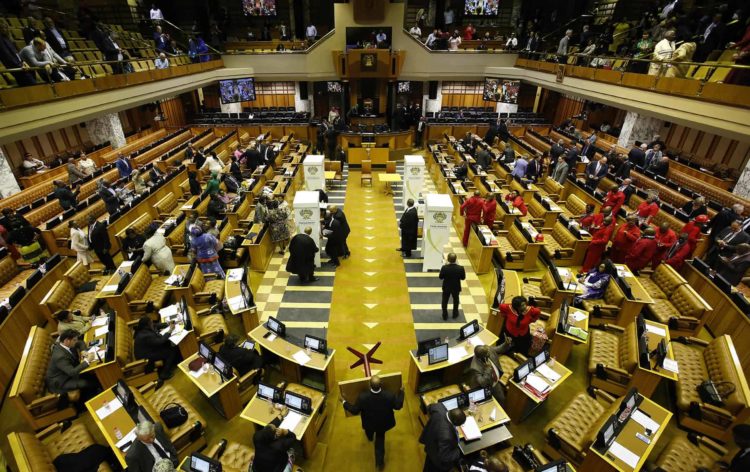 After heavy involvement from the government to reduce the effects of the COVID-19 pandemic on the South African economy, it is time for the deaded austerity period that always comes after such measures.

The SA government had to force itself to spend more than its capacity to continue the economy afloat, and very few people are doubting the measures that were taken. In fact, many think that the government should have spent more. But, now that the situation is more or less getting under control, the government needs to prepare for the dreaded austerity period where it consolidates as much of its economy as possible over a few years.

In many cases, we have seen countries consolidate their funds in a way that was not very advantageous for the average citizen. It mostly came in the form of tax hikes for both private citizens and corporations.

We’ve seen hundreds of companies shut down to leave in much more tax-friendly nations, leaving hundreds of thousands unemployed. It is the hope of South African economists that the government will take a much different approach.

The correct approach would be to simply reduce spending to a point where it goes much lower than the country’s capacity, but that could open up a possibility of losing the control that has already been gained.

What this means for FX traders

We did see ZAR depreciate relative to the USD during the first months of the pandemic but it has slowly regained its momentum. Now that the country is going to cut back on spending, it’s expected that the Rand will become much stronger.

The trading features of FX companies in the country are already more or less adjusted to this event occurring, thus further cementing that they’re preparing for it to happen anytime now. Just by taking a look at the XTB forex broker in South Africa trading features compared to its other regions, we can easily say that attitudes are much different.

Although we can see the same thing happening all over the world, as governments try to hoard as much wealth as possible within the next few years, South Africa is in a much more peculiar position due to how out of bounds the spending was in 2020.

The new 2021 budget is very likely to be enough for all the plans prepared by the government, as they will try to save every penny wherever possible.

How long will this last?

Austerity usually takes a few years to get back to the point where the spending started, so we can expect the SA government to skimp on a lot of their past projects for the coming maybe 2-3 years at least.

Once the green-light is given by the finance ministry, much more extensive funding of government projects will resume, thus putting the ZAR in a more floating position. Unless, other factors change dramatically within the next few years (consumer spending, political situation, stability) then ZAR is on its way to reaching new heights in the coming years as it takes a breather from 2020, like all of us.

South Africa’s economy to enter hibernation after too much government spending
February 12, 2021

Relationship between gold and currencies
January 25, 2021